Gratitude to those who fought for my freedom 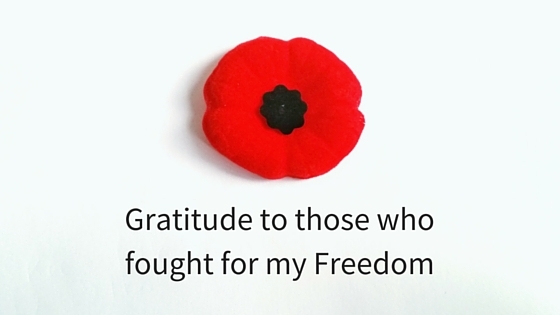 One of the most vivid memories of my life was being 16 and standing on the coast of France.

I was there for a school trip where we toured historical sites across England, France and Germany. There was one stop in France that will be burned in my brain forever. Although the name of the location escapes me, I will never forget that day or the story that took place there. Reconnaissance had stated this unassuming ridge overlooking the ocean was highly fortified, and it was believed an attack there could significantly weaken the German stronghold in the area. Canadian Forces were tasked with taking the ridge.

In the end, it was an incredibly devastating battle with thousands dying in their quest to claim victory over this small piece of land. When the Canadians ultimately did succeed and reach the top, they discovered the German troops had received word of the impending attack, destroyed what was there and simply moved somewhere else. The Canadian troops fought and died, and there was nothing there.

Upon hearing the story, I remember feeling unspeakable sadness.

Sadness because in a space that was so beautiful now, there had been so much death.

Sadness because on the spot I was standing so many died for nothing.

Sadness because many of those who died were only a few years older than I was at the time.

Sadness they never got to experience their lives so that I had the opportunity to live freely.

Sadness because only due to a choice made by my great-great-great grandfather to move from Germany to Canada, I saw this as a loss instead of a victory.

Choices I never made that gave me my freedoms today. I sat down at the edge of the ridge, stared out at the ocean, and cried.

That day and that trip fundamentally changed me.

Many of my family members fought for Canada. My great-grandfather lost his arm. Many of my great-uncles and cousins lost their lives. But it wasn’t until that day that I fully came to understand the sacrifice they – and all the other men and women who fought – made for me and for everyone who still gets to benefit from their bravery.

Today, on Remembrance Day, I invite you to take a moment and consider who fought for the life you now get to live, and in whatever way feels meaningful for you – give thanks.

There is still much work that needs to be done, so everyone has access to the rights and opportunities that these brave individuals fought for and continue to fight for today.

But for today, give thanks and remember.